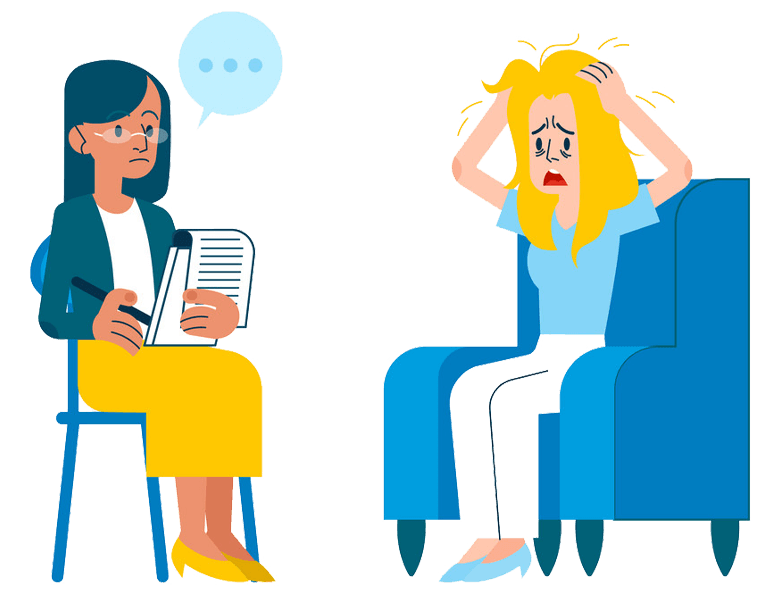 Anorexia nervosa, often referred to simply as anorexia, is an eating disorder, characterized by low weight, food restriction, fear of gaining weight, and a strong desire to be thin. Many people with anorexia see themselves as overweight even though they are, in fact, underweight. They often deny that they have a problem with low weight. They weigh themselves frequently, eat small amounts, and only eat certain foods. Some exercise excessively, force themselves to vomit, or use laxatives to produce weight loss. Complications may include osteoporosis, infertility, and heart damage, among others. Women will often stop having menstrual periods. In extreme cases, people with anorexia who continually refuse significant dietary intake and weight restoration interventions may be fed by force under restraint via nasogastric tube within specialist psychiatric hospitals.

The cause is currently unknown.There appear to be some genetic components with identical twins more often affected than non-identical twins. Cultural factors also appear to play a role with societies that value thinness having higher rates of disease. Additionally, it occurs more commonly among those involved in activities that value thinness such as high-level athletics, modelling, and dancing. Anorexia often begins following a major life-change or stress-inducing event. The diagnosis requires a significantly low weight. The severity of disease is based on body mass index (BMI) in adults with mild disease having a BMI of greater than 17, moderate a BMI of 16 to 17, severe a BMI of 15 to 16, and extreme a BMI less than 15. In children a BMI for age percentile of less than the 5th percentile is often used.

Treatment of anorexia involves restoring a healthy weight, treating the underlying psychological problems, and addressing behaviors that promote the problem. While medications do not help with weight gain, they may be used to help with associated anxiety or depression. A number of types of therapy may be useful, such as cognitive behavioral therapy or an approach where parents assume responsibility for feeding their child known as Maudsley family therapy. Sometimes people require admission to a hospital to restore weight. Evidence for benefit from nasogastric tube feeding, however is unclear; such an intervention may be highly distressing for both anorexia patients and healthcare staff when administered against the patient’s will under restraint. Some people with anorexia will just have a single episode and recover while others may have many episodes over years. Many complications improve or resolve with regaining of weight.

Globally, anorexia is estimated to affect 2.9 million people as of 2015. It is estimated to occur in 0.9% to 4.3% of women and 0.2% to 0.3% of men in Western countries at some point in their life. About 0.4% of young women are affected in a given year and it is estimated to occur ten times more commonly among women than men. Rates in most of the developing world are unclear. Often it begins during the teen years or young adulthood. While anorexia became more commonly diagnosed during the 20th century it is unclear if this was due to an increase in its frequency or simply better diagnosis. In 2013 it directly resulted in about 600 deaths globally, up from 400 deaths in 1990. Eating disorders also increase a person’s risk of death from a wide range of other causes, including suicide. About 5% of people with anorexia die from complications over a ten-year period, a nearly six times increased risk. The term “anorexia nervosa” was first used in 1873 by William Gull to describe this condition.

Anorexia nervosa is an eating disorder characterized by attempts to lose weight, to the point of starvation. A person with anorexia nervosa may exhibit a number of signs and symptoms, the type and severity of which may vary and may be present but not readily apparent.

Anorexia nervosa, and the associated malnutrition that results from self-imposed starvation, can cause complications in every major organ system in the body Hypokalaemia, a drop in the level of potassium in the blood, is a sign of anorexia nervosa. A significant drop in potassium can cause abnormal heart rhythms, constipation, fatigue, muscle damage and paralysis.

Interoception involves the conscious and unconscious sense of the internal state of the body, and it has an important role in homeostasis and regulation of emotions. Aside from noticeable physiological dysfunction, interoceptive deficits also prompt individuals with anorexia to concentrate on distorted perceptions of multiple elements of their body image. This exists in both people with anorexia and in healthy individuals due to impairment in interoceptive sensitivity and interoceptive awareness.

Aside from weight gain and outer appearance, people with anorexia also report abnormal bodily functions such as indistinct feelings of fullness. This provides an example of miscommunication between internal signals of the body and the brain. Due to impaired interoceptive sensitivity, powerful cues of fullness may be detected prematurely in highly sensitive individuals, which can result in decreased calorie consumption and generate anxiety surrounding food intake in anorexia patients. People with anorexia also report difficulty identifying and describing their emotional feelings and the inability to distinguish emotions from bodily sensations in general, called alexithymia.

Interoceptive awareness and emotion are deeply intertwined, and could mutually impact each other in abnormalities. Anorexia patients also exhibit emotional regulation difficulties that ignite emotionally-cued eating behaviors, such as restricting food or excessive exercising. Impaired interoceptive sensitivity and interoceptive awareness can lead anorexia patients to adapt distorted interpretations of weight gain that are cued by physical sensations related to digestion (e.g., fullness). Combined, these interoceptive and emotional elements could together trigger maladaptive and negatively reinforced behavioral responses that assist in the maintenance of anorexia. In addition to metacognition, people with anorexia also have difficulty with social cognition including interpreting others’ emotions, and demonstrating empathy. Abnormal interoceptive awareness and interoceptive sensitivity shown through all of these examples have been observed so frequently in anorexia that they have become key characteristics of the illness.

Other psychological issues may factor into anorexia nervosa; some fulfill the criteria for a separate Axis I diagnosis or a personality disorder which is coded Axis II and thus are considered comorbid to the diagnosed eating disorder. Some people have a previous disorder which may increase their vulnerability to developing an eating disorder and some develop them afterwards. The presence of Axis I or Axis II psychiatric comorbidity has been shown to affect the severity and type of anorexia nervosa symptoms in both adolescents and adults.

Autism spectrum disorders occur more commonly among people with eating disorders than in the general population. Zucker et al. (2007) proposed that conditions on the autism spectrum make up the cognitive endophenotype underlying anorexia nervosa and appealed for increased interdisciplinary collaboration.