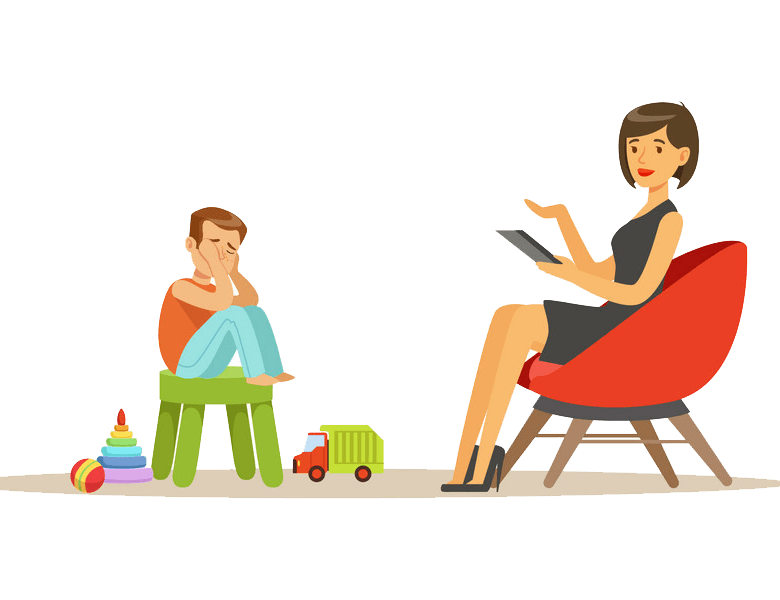 The disorder presents symptoms such as auditory and visual hallucinations, strange thoughts or feelings, and abnormal behavior, profoundly impacting the child’s ability to function and sustain normal interpersonal relationships. Delusions are often not systematized and vague. Among the psychotic symptoms seen in childhood schizophrenia non-verbal auditory hallucinations are the most common, and include noises such as shots, knocks, bangs.[citation needed] Other symptoms can include irritability, searching for imaginary objects, or low performance. It typically presents after the age of seven. About 50% of young children diagnosed with schizophrenia experience severe neuropsychiatric symptoms. Studies have demonstrated that diagnostic criteria are similar to those of adult schizophrenia. Diagnosis is based on behavior observed by caretakers and, in some cases depending on age, self reports.

Schizophrenia has no definite cause; however, certain risk factors such as family history seem to correlate. There is no known cure, but childhood schizophrenia is controllable with the help of behavioral therapies and medications.

In the International Classification of Diseases 8th revision (ICD-8, 1967) there was a category (295.8) “Other” in the schizophrenia section (295). “Other” includes: atypical forms of schizophrenia, infantile autism, schizophrenia, childhood type, NOS (Not Otherwise Specified), schizophrenia of specified type not classifiable under 295.0–295.7, schizophreniform attack or psychosis.

Schizophrenia is a mental disorder that is expressed in abnormal mental functions and disturbed behavior.

The signs and symptoms of childhood schizophrenia are nearly the same as adult-onset schizophrenia. Some of the earliest signs that a young child may develop schizophrenia are lags in language and motor development. Some children engage in activities such as flapping the arms or rocking, and may appear anxious, confused, or disruptive on a regular basis. Children may experience hallucinations, but these are often difficult to differentiate from just normal imagination or child play. Visual hallucinations are more commonly found in children than in adults. It is often difficult for children to describe their hallucinations or delusions, making very early-onset schizophrenia especially difficult to diagnose in the earliest stages. The cognitive abilities of children with schizophrenia may also often be lacking, with 20% of patients showing borderline or full intellectual disability.

Very early-onset schizophrenia refers to onset before the age of thirteen. The prodromal phase, which precedes psychotic symptoms, is characterized by deterioration in school performance, social withdrawal, disorganized or unusual behavior, a decreased ability to perform daily activities, a deterioration in self-care skills, bizarre hygiene and eating behaviors, changes in affect, a lack of impulse control, hostility and aggression, and lethargy.

Auditory hallucinations are the most common of the positive symptoms in children. Auditory hallucinations may include voices that are conversing with each other or voices that are speaking directly to the children themselves. Many children with auditory hallucinations believe that if they do not listen to the voices, the voices will harm them or someone else. Tactile and visual hallucinations seem relatively rare. Children often attribute the hallucinatory voices to a variety of beings, including family members or other people, evil forces (“the Devil“, “a witch“, “a spirit“), animals, characters from horror movies (Bloody Mary, Freddy Krueger) and less clearly recognizable sources (“bad things,” “the whispers”).[16] Command auditory hallucinations (also known as imperative hallucinations) were common and experienced by more than ½ of the group in a research at the Bellevue Hospital Center’s Children’s Psychiatric Inpatient Unit. And voices repeat and repeat: “Kill somebody!”, “Kill her, kill her!”. Delusions are reported in more than half of children with schizophrenia, but they are usually less complex than those of adults. Delusions are often connected with hallucinatory experiences. In a research delusions were characterized as persecutory for the most part, but some children reported delusions of control. Many said they were being tortured by the beings causing their visual and auditory hallucinations, some thought disobeying their voices would cause them harm.

Some degree of thought disorder was observed in a test group of children in Bellevue Hospital. They displayed illogicality, tangentialiry (a serious disturbance in the associative thought process), and loosening of associations.

There is no known single cause or causes of schizophrenia, however, it is a heritable disorder.

Several environmental factors, including perinatal complications and prenatal maternal infections could cause schizophrenia. These factors in a greater severity or frequency could result in an earlier onset of schizophrenia. Maybe a genetic predisposition is an important factor too, familial illness reported for childhood-onset schizophrenic patients.

Neuroimaging studies have found differences between the medicated brains of individuals with schizophrenia and neurotypical brains, though research does not know the cause of the difference. In childhood-onset schizophrenia, there appears to be a faster loss of cerebral grey matter during adolescence.

In 2013, the American Psychiatric Association released the fifth edition of the DSM (DSM-5). According to the manual, to be diagnosed with schizophrenia, two diagnostic criteria have to be met over much of the time of a period of at least one month, with a significant impact on social or occupational functioning for at least six months. The DSM diagnostic criteria outlines that the person has to be experiencing either delusions, hallucinations, or disorganized speech. In other words, an individual does not have to be experiencing delusions or hallucinations to receive a diagnosis of schizophrenia. A second symptom could be negative symptoms, or severely disorganized or catatonic behavior. Only two symptoms are required for a diagnosis of Schizophrenia, resulting in different presentations for the same disorder.

In practice, agreement between the two systems is high. The DSM-5 criteria puts more emphasis on social or occupational dysfunction than the ICD-10. The ICD-10, on the other hand, puts more emphasis on first-rank symptoms. The current proposal for the ICD-11 criteria for schizophrenia recommends adding self-disorder as a symptom.