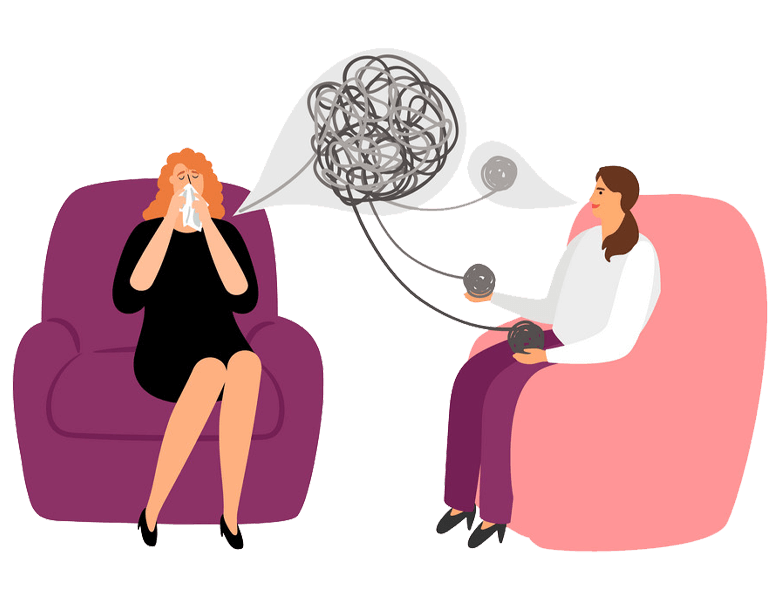 Conduct disorder (CD) is a mental disorder diagnosed in childhood or adolescence that presents itself through a repetitive and persistent pattern of behavior in which the basic rights of others or major age-appropriate norms are violated. These behaviors are often referred to as “antisocial behaviors.” It is often seen as the precursor to antisocial personality disorder, which is per definition not diagnosed until the individual is 18 years old. Conduct disorder is estimated to affect 51.1 million people globally as of 2013.

One of the symptoms of conduct disorder is a lower level of fear. Research performed on the impact of toddlers exposed to fear and distress shows that negative emotionality (fear) predicts toddlers’ empathy-related response to distress. The findings support that if a caregiver is able to respond to infant cues, the toddler has a better ability to respond to fear and distress. If a child does not learn how to handle fear or distress the child will be more likely to lash out at other children. If the caregiver is able to provide therapeutic intervention teaching children at risk better empathy skills, the child will have a lower incident level of conduct disorder.

Increased instances of violent and antisocial behaviour are also associated with the condition; examples may range from pushing, hitting and biting when the child is young, progressing towards beating and inflicted cruelty as the child becomes older.

Currently, two possible developmental courses are thought to lead to conduct disorder. The first is known as the “childhood-onset type” and occurs when conduct disorder symptoms are present before the age of 10 years. This course is often linked to a more persistent life course and more pervasive behaviors. Specifically, children in this group have greater levels of ADHD symptoms, neuropsychological deficits, more academic problems, increased family dysfunction, and higher likelihood of aggression and violence.

Substance use in conduct disorder can lead to antisocial behavior in adulthood.

While the cause of conduct disorder is complicated by an intricate interplay of biological and environmental factors, identifying underlying mechanisms is crucial for obtaining accurate assessment and implementing effective treatment. These mechanisms serve as the fundamental building blocks on which evidence-based treatments are developed. Despite the complexities, several domains have been implicated in the development of conduct disorder including cognitive variables, neurological factors, intraindividual factors, familial and peer influences, and wider contextual factors. These factors may also vary based on the age of onset, with different variables related to early (e.g., neurodevelopmental basis) and adolescent (e.g., social/peer relationships) onset.

The development of conduct disorder is not immutable or predetermined. A number of interactive risk and protective factors exist that can influence and change outcomes, and in most cases conduct disorder develops due to an interaction and gradual accumulation of risk factors. In addition to the risk factors identified under cause, several other variables place youth at increased risk for developing the disorder, including child physical abuse, prenatal alcohol abuse and maternal smoking during pregnancy. Protective factors have also been identified, and most notably include high IQ, being female, positive social orientations, good coping skills, and supportive family and community relationships.

However, a correlation between a particular risk factor and a later developmental outcome (such as conduct disorder) cannot be taken as definitive evidence for a causal link. Co-variation between two variables can arise, for instance, if they represent age-specific expressions of similar underlying genetic factors. For example, the tendency to smoke during pregnancy (SDP) is subject to substantial genetic influence (D’Onofrio et al., 2007), as is conduct disorder. Thus, the genes that dispose the mother to SDP may also dispose the child to CD following mitotic transmission. Indeed, Rice et al. (2009) found that in mother-fetus pairs that were not genetically related (by virtue of in-vitro fertilisation), no link between SDP and later conduct problems arose. Thus, the distinction between causality and correlation is an important consideration.

While language impairments are most common, approximately 20-25% of youth with conduct disorder have some type of learning disability. Although the relationship between the disorders is complex, it seems as if learning disabilities result from a combination of ADHD, a history of academic difficulty and failure, and long-standing socialization difficulties with family and peers. However, confounding variables, such as language deficits, SES disadvantage, or neurodevelopmental delay also need to be considered in this relationship, as they could help explain some of the association between conduct disorder and learning problems.

In terms of cognitive function, intelligence and cognitive deficits are common amongst youths with conduct disorder, particularly those with early-onset and have intelligence quotients (IQ) one standard deviation below the mean and severe deficits in verbal reasoning and executive function. Executive function difficulties may manifest in terms of one’s ability to shift between tasks, plan as well as organize, and also inhibit a prepotent response. These findings hold true even after taking into account other variables such as socioeconomic status (SES), and education. However, IQ and executive function deficits are only one piece of the puzzle, and the magnitude of their influence is increased during transactional processes with environmental factors.

Elements of the family and social environment may also play a role in the development and maintenance of conduct disorder. For instance, antisocial behavior suggestive of conduct disorder is associated with single parent status, parental divorce, large family size, and young age of mothers. However, these factors are difficult to tease apart from other demographic variables that are known to be linked with conduct disorder, including poverty and low socioeconomic status. Family functioning and parent-child interactions also play a substantial role in childhood aggression and conduct disorder, with low levels of parental involvement, inadequate supervision, and unpredictable discipline practices reinforcing youth’s defiant behaviors. Peer influences have also been related to the development of antisocial behavior in youth, particularly peer rejection in childhood and association with deviant peers. Peer rejection is not only a marker of a number of externalizing disorders, but also a contributing factor for the continuity of the disorders over time. Hinshaw and Lee (2003) also explain that association with deviant peers has been thought to influence the development of conduct disorder in two ways: 1) a “selection” process whereby youth with aggressive characteristics choose deviant friends, and 2) a “facilitation” process whereby deviant peer networks bolster patterns of antisocial behavior. In a separate study by Bonin and colleagues, parenting programs were shown to positively affect child behavior and reduce costs to the public sector.

In addition to the individual and social factors associated with conduct disorder, research has highlighted the importance of environment and context in youth with antisocial behavior. However, it is important to note that these are not static factors, but rather transactional in nature (e.g., individuals are influenced by and also influence their environment). For instance, neighborhood safety and exposure to violence has been studied in conjunction with conduct disorder, but it is not simply the case that youth with aggressive tendencies reside in violent neighborhoods. Transactional models propose that youth may resort to violence more often as a result of exposure to community violence, but their predisposition towards violence also contributes to neighborhood climate.