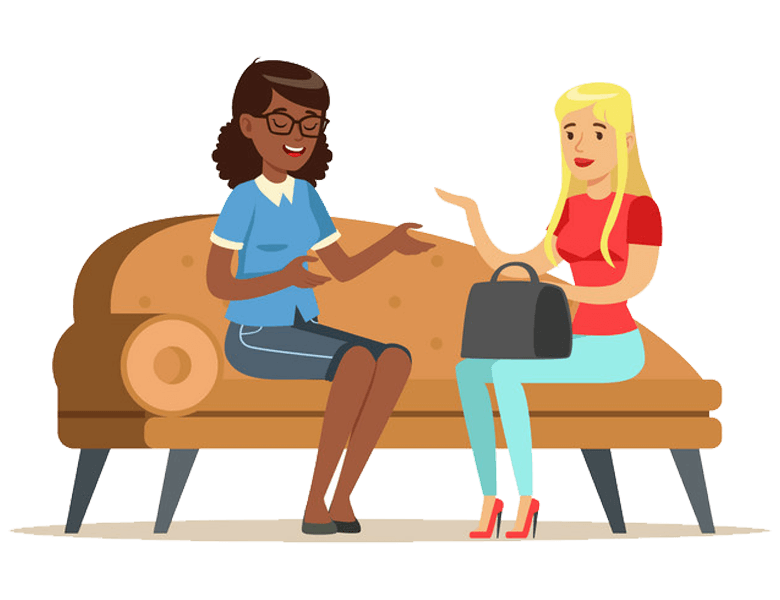 Panic disorder is an anxiety disorder characterized by reoccurring unexpected panic attacks.[1] Panic attacks are sudden periods of intense fear that may include palpitations, sweating, shaking, shortness of breath, numbness, or a feeling that something terrible is going to happen. The maximum degree of symptoms occurs within minutes. There may be ongoing worries about having further attacks and avoidance of places where attacks have occurred in the past.

The cause of panic disorder is unknown. Panic disorder often runs in families. Risk factors include smoking, psychological stress, and a history of child abuse. Diagnosis involves ruling out other potential causes of anxiety including other mental disorders, medical conditions such as heart disease or hyperthyroidism, and drug use. Screening for the condition may be done using a questionnaire.

Panic disorder is usually treated with counselling and medications. The type of counselling used is typically cognitive behavioral therapy (CBT) which is effective in more than half of people. Medications used include antidepressants and occasionally benzodiazepines or beta blockers. Following stopping treatment up to 30% of people have a recurrence.

Panic disorder affects about 2.5% of people at some point in their life. It usually begins during adolescence or early adulthood but any age can be affected.[3] It is less common in children and older people. Women are more often affected than men.

Panic disorder sufferers usually have a series of intense episodes of extreme anxiety during panic attacks. These attacks typically last about ten minutes, and can be as short-lived as 1–5 minutes, but can last twenty minutes to more than an hour, or until helpful intervention is made. Panic attacks can wax and wane for a period of hours (panic attacks rolling into one another), and the intensity and specific symptoms of panic may vary over the duration.

In some cases, the attack may continue at unabated high intensity or seem to be increasing in severity. Common symptoms of an attack include rapid heartbeat, perspiration, dizziness, dyspnea, trembling, uncontrollable fear such as: the fear of losing control and going crazy, the fear of dying and hyperventilation. Other symptoms are a sensation of choking, paralysis, chest pain, nausea, numbness or tingling, chills or hot flashes, faintness, crying and some sense of altered reality. In addition, the person usually has thoughts of impending doom. Individuals suffering from an episode have often a strong wish of escaping from the situation that provoked the attack. The anxiety of panic disorder is particularly severe and noticeably episodic compared to that from generalized anxiety disorder. Panic attacks may be provoked by exposure to certain stimuli (e.g., seeing a mouse) or settings (e.g., the dentist’s office). Other attacks may appear unprovoked. Some individuals deal with these events on a regular basis, sometimes daily or weekly. The outward symptoms of a panic attack often cause negative social experiences (e.g., embarrassment, social stigma, social isolation, etc.).

While there is not just one explanation for the cause of panic disorder, there are certain perspectives researchers use to explain the disorder. The first one is the biological perspective. Past research concluded that there is irregular norepinephrine activity in people who have panic attacks. Current research also supports this perspective as it has been found that those with panic disorder also have a brain circuit that performs improperly. This circuit consists of the amygdala, central gray matter, ventromedial nucleus of the hypothalamus, and the locus ceruleus.

There is also the cognitive perspective. Theorists believe that people with panic disorder may experience panic reactions because they mistake their bodily sensations for life-threatening situations. These bodily sensations cause some people to feel as though are out of control which may lead to feelings of panic. This misconception of bodily sensations is referred to as anxiety sensitivity, and studies suggest that people who score higher on anxiety sensitivity surveys are fives times more likely to be diagnosed with panic disorder.

Panic disorder has been found to run in families, which suggests that inheritance plays a strong role in determining who will get it.

Psychological factors, stressful life events, life transitions, and environment as well as often thinking in a way that exaggerates relatively normal bodily reactions are also believed to play a role in the onset of panic disorder. Often the first attacks are triggered by physical illnesses, major stress, or certain medications. People who tend to take on excessive responsibilities may develop a tendency to suffer panic attacks. Post-traumatic stress disorder (PTSD) patients also show a much higher rate of panic disorder than the general population.

Prepulse inhibition has been found to be reduced in patients with panic disorder.

Substance abuse is often correlated with panic attacks. In a study 39% of people with panic disorder had abused substances. Of those who used alcohol 63% reported that the alcohol use began prior to the onset of panic, and 59% of those abusing illicit drugs reported that drug use began first. The study that was conducted documented the panic-substance abuse relationship. Substance abuse began prior to onset of panic and substances were used to self-medicate for panic attacks by only a few subjects.

It is also possible that panic disorder patients smoke cigarettes as a form of self-medication to lessen anxiety. Nicotine and other psychoactive compounds with antidepressant properties in tobacco smoke which act as monoamine oxidase inhibitors in the brain can alter mood and have a calming effect, depending on dose.

Certain cold and flu medications containing decongestants may also contain pseudoephedrine, ephedrine, phenylephrine, naphazoline and oxymetazoline. These may be avoided by the use of decongestants formulated to prevent causing high blood pressure.

Deacon and Valentiner (2000) conducted a study that examined co-morbid panic attacks and substance use in a non-clinical sample of young adults who experienced regular panic attacks. The authors found that compared to healthy controls, sedative use was greater for non-clinical participants who experienced panic attacks. These findings are consistent with the suggestion made by Cox, Norton, Dorward, and Fergusson (1989) that panic disorder patients self-medicate if they believe that certain substances will be successful in alleviating their symptoms. If panic disorder patients are indeed self-medicating, there may be a portion of the population with undiagnosed panic disorder who will not seek professional help as a result of their own self-medication. In fact, for some patients panic disorder is only diagnosed after they seek treatment for their self-medication habit.

While alcohol initially helps ease panic disorder symptoms, medium- or long-term alcohol abuse can cause panic disorder to develop or worsen during alcohol intoxication, especially during alcohol withdrawal syndrome.[42] This effect is not unique to alcohol but can also occur with long-term use of drugs which have a similar mechanism of action to alcohol such as the benzodiazepines which are sometimes prescribed as tranquilizers to people with alcohol problems. The reason chronic alcohol misuse worsens panic disorder is due to distortion of the brain chemistry and function.

Approximately 10% of patients will experience notable protracted withdrawal symptoms, which can include panic disorder, after discontinuation of benzodiazepines. Protracted withdrawal symptoms tend to resemble those seen during the first couple of months of withdrawal but usually are of a subacute level of severity compared to the symptoms seen during the first 2 or 3 months of withdrawal. It is not known definitively whether such symptoms persisting long after withdrawal are related to true pharmacological withdrawal or whether they are due to structural neuronal damage as result of chronic use of benzodiazepines or withdrawal. Nevertheless, such symptoms do typically lessen as the months and years go by eventually disappearing altogether.

A significant proportion of patients attending mental health services for conditions including anxiety disorders such as panic disorder or social phobia have developed these conditions as a result of alcohol or sedative abuse. Anxiety may pre-exist alcohol or sedative dependence, which then acts to perpetuate or worsen the underlying anxiety disorder. Someone suffering the toxic effects of alcohol abuse or chronic sedative use or abuse will not benefit from other therapies or medications for underlying psychiatric conditions as they do not address the root cause of the symptoms. Recovery from sedative symptoms may temporarily worsen during alcohol withdrawal or benzodiazepine withdrawal.