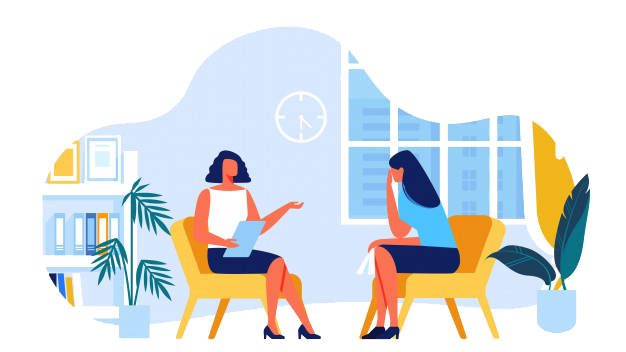 Oppositional defiant disorder (ODD)  is listed in the DSM-5 under Disruptive, impulse-control, and conduct disorders and defined as “a pattern of angry/irritable mood, argumentative/defiant behavior, or vindictiveness” in children and adolescents. Unlike children with conduct disorder (CD), children with oppositional defiant disorder are not aggressive towards people or animals, do not destroy property, and do not show a pattern of theft or deceit.

Oppositional defiant disorder was first defined in the DSM-III (1980). Since the introduction of ODD as an independent disorder, the field trials to inform the definition of this disorder have included predominantly male subjects. Some clinicians have debated whether the diagnostic criteria presented above would be clinically relevant for use with females. Furthermore, some have questioned whether gender-specific criteria and thresholds should be included. Additionally, some clinicians have questioned the preclusion of ODD when conduct disorder is present. According to Dickstein, the DSM-5 attempts to:

“redefine ODD by emphasizing a ‘persistent pattern of angry and irritable mood along with vindictive behavior,’ rather than DSM-IV’s focus exclusively on negativistic, hostile, and defiant behavior.’ Although DSM-IV implied, but did not mention, irritability, DSM-5 now includes three symptom clusters, one of which is ‘angry/irritable mood’—defined as ‘loses temper, is touchy/easily annoyed by others, and is angry/resentful.’ This suggests that the process of clinically relevant research driving nosology, and vice versa, has ensured that the future will bring greater understanding of ODD”.

Oppositional defiant disorder has a prevalence of 1% to 11%. The average prevalence is approximately 3.3%. Gender and age play an important role in the rate of the disorder. In fact, ODD gradually develops and becomes apparent in preschool years; often before the age of eight years old. However, it is very unlikely to emerge following early adolescence. There is difference in prevalence between boys and girls. The ratio of this prevalence is 1.4 to 1 in favor of boys being more prevalent than girls before adolescence. On the other hand, girls’ prevalence tends to increase after puberty. When researchers observed the general prevalence of oppositional defiant disorder throughout cultures, they noticed that it remained constant. However, the sex difference in ODD prevalence is only significant in Western cultures. There are two possible explanations for this difference which are that in non-Western cultures there is a decrease prevalence of ODD in boys or an increase prevalence of ODD in girls. Other factors can influence the prevalence of the disorder. One of these factors is the socioeconomic status. Youths living in families of low socioeconomic status have a higher prevalence. Another factor is based on the criteria used to diagnose an individual. When the disorder was first included in the DSM-III, the prevalence was 25% higher than when the DSM-IV revised the criteria of diagnosis. The DSM-V made more changes to the criteria grouping certain characteristics together in order to demonstrate that ODD display both emotional and behavioral symptomatology. In addition, criteria were added to help guide clinicians in diagnosis because of the difficulty found in identifying whether the behaviors or symptoms are directly related to the disorder or simply a phase in a child’s life. Consequently, future studies may obtain results indicating a decline in prevalence between the DSM-IV and the DSM-V due to these changes.

The fourth revision of the Diagnostic and Statistical Manual (DSM-IV-TR) (now replaced by DSM-5) stated that the child must exhibit four out of the eight signs and symptoms to meet the diagnostic threshold for oppositional defiant disorder. These symptoms include:

These behaviors are mostly directed towards an authority figure such as a teacher or a parent. Although these behaviors can be typical among siblings they must be observed with individuals other than siblings for an ODD diagnosis. Children with ODD can be verbally aggressive. However, they do not display physical aggressiveness, a behavior observed in conduct disorder. Furthermore, they must be perpetuated for longer than six months and must be considered beyond a normal child’s age, gender and culture to fit the diagnosis. For children under 5 years of age, they occur on most days over a period of 6 months. For children over 5 years of age they occur at least once a week for at least 6 months. It is possible to observe these symptoms in only 1 setting, most commonly home. Thus the severity would be mild. If it is observed in two settings then it would be characterized as moderate and if the symptoms are observed in 3 or more settings then it would be considered severe.

These patterns of behavior result in impairment at school and/or other social venues.

There is no specific element that has yet been identified as directly causing ODD. Researchers looking precisely at the etiological factors linked with ODD are limited. The literature often examines common risk factors linked with all disruptive behaviors, rather than specifically about ODD. Symptoms of ODD are also often believed to be the same as CD even though the disorders have their own respective set of symptoms. When looking at disruptive behaviors such as ODD, research has shown that the causes of behaviors are multi factorial. However, disruptive behaviors have been identified as being mostly due either to biological or environmental factors.

Research indicates that parents pass on a tendency for externalizing disorders to their children that may be displayed in multiple ways, such as inattention, hyperactivity, or oppositional and conduct problems. Research has also shown that there is a genetic overlap between ODD and other externalizing disorders. Heritability can vary by age, age of onset, and other factors. Adoption and twin studies indicate that 50% or more of the variance causing antisocial behavior is attributable to heredity for both males and females. ODD also tends to occur in families with a history of ADHD, substance use disorders, or mood disorders, suggesting that a vulnerability to develop ODD may be inherited. A difficult temperament, impulsivity, and a tendency to seek rewards can also increase the risk of developing ODD. New studies into gene variants have also identified possible gene-environment (G x E) interactions, specifically in the development of conduct problems. A variant of the gene that encodes the neurotransmitter metabolizing enzyme mono amine oxidase-A (MAOA), which relates to neural systems involved in aggression, plays a key role in regulating behavior following threatening events. Brain imaging studies show patterns of arousal in areas of the brain that are associated with aggression in response to emotion-provoking stimuli.

Many pregnancy and birth problems are related to the development of conduct problems. Malnutrition, specifically protein deficiency, lead poisoning or exposure to lead, and mother’s use of alcohol or other substances during pregnancy may increase the risk of developing ODD. In numerous research, substance abuse prior to birth has also been associated with developing disruptive behaviors such as ODD. Although pregnancy and birth factors are correlated with ODD, strong evidence of direct biological causation is lacking.

Deficits and injuries to certain areas of the brain can lead to serious behavioral problems in children. Brain imaging studies have suggested that children with ODD may have subtle differences in the part of the brain responsible for reasoning, judgment and impulse control.[medical citation needed] Children with ODD are thought to have an overactive behavioral activation system (BAS), and under active behavioral inhibition system (BIS).

The BAS stimulates behavior in response to signals of reward or non punishment. The BIS produces anxiety and inhibits ongoing behavior in the presence of novel events, innate fear stimuli, and signals of non reward or punishment. Neuroimaging studies have also identified structural and functional brain abnormalities in several brain regions in youths with conduct disorders. These brain regions are the amygdala, prefrontal cortex, anterior cingulate, and insula, as well as interconnected regions.

As many as 40 percent of boys and 25 percent of girls with persistent conduct problems display significant social-cognitive impairments. Some of these deficits include immature forms of thinking (such as ego centrism), failure to use verbal mediators to regulate his or her behavior, and cognitive distortions, such as interpreting a neutral event as an intentional hostile act. Children with ODD have difficulty controlling their emotions or behaviors. In fact, students with ODD have limited social knowledge that is based only on individual experiences, which shapes how they process information and solve problems cognitively. This information can be linked with the social information processing model (SIP) that describes how children process information in order to respond appropriately or inappropriately in social settings. This model explains that children will go through five stages before displaying behaviors: encoding, mental representations, response accessing, evaluation and enactment. However, children with ODD have cognitive distortions and impaired cognitive processes. This will therefore directly impact their interactions and relationship negatively. It has been shown that social and cognitive impairments result in negative peer relationships, loss of friendship and an interruption in socially engaging in activities. Children learn through observational learning and social learning. Therefore, observations of models have a direct impact and greatly influence children’s behaviors and decision-making processes. Children often learn through modeling behavior. Modeling can act as a powerful tool to modify children’s cognition and behaviors.

Negative parenting practices and parent–child conflict may lead to antisocial behavior, but they may also be a reaction to the oppositional and aggressive behaviors of children. Factors such as a family history of mental illnesses and/or substance abuse as well as a dysfunctional family and inconsistent discipline by a parent or guardian can lead to the development of behavior disorders. Parenting practices not providing adequate or appropriate adjustment to situations as well as high ratio of conflicting events within a family have been shown to be causal factors of risk for developing ODD.

Insecure parent–child attachments can also contribute to ODD. Often little internalization of parent and societal standards exists in children with conduct problems. These weak bonds with their parents may lead children to associate with delinquency and substance abuse. Family instability and stress can also contribute to the development of ODD. Although the association between family factors and conduct problems is well established, the nature of this association and the possible causal role of family factors continues to be debated.

In a number of studies, low socioeconomic status has also been associated with disruptive behaviors such as ODD.

Other social factors such as neglect, abuse, parents that are not involved, and lack of supervision can also contribute to ODD.

Externalizing problems are reported to be more frequent among minority-status youth, a finding that is likely related to economic hardship, limited employment opportunities, and living in high-risk urban neighborhoods. Studies have also found that the state of being exposed to violence was also a contribution factor for externalizing behaviors to occur.